Endres Manufacturing – Innovates with Each Generation

As more experienced employees were nearing retirement, Endres Manufacturing in Waunakee, WI had to find a way to function at a high level with less experience on the shop floor. So they decided to automate by purchasing a PythonX. They estimated that the PythonX would pay for itself in approximately 3 to 5 years. But, once it was installed and the Operators were trained, the ROI was only 11 months.

Since opening their doors in 1926, Endres Manufacturing has been an innovative family-owned business in its 4th generation. Each generation built the business through unique strengths and skills that has made them the oldest and longest serving structural steel supplier in south central Wisconsin. For over 80 years, Endres has brought to market a rich tradition of expertise that delivers quality service and a strong work ethic to their customers. Chief Operating Officer, Randy Herbrand explains, “We focus mainly on mid-level commercial size structural projects as well as miscellaneous metals, stairs and railings. By being the #1 supplier, we are able to provide on-time delivery, high level of communication with our customers and high quality products.”

The company was founded by Lawrence M. Endres Sr. in 1926. Larry Sr. found early success with his many innovations and inventions, including sixteen patents. His son Larry Jr. began working at the factory when he was 6 years old and eventually took over the company when his father passed away. After WWII, Larry Jr. bought a truck and began fabricating structural steel beams for the residential market. This was the beginning of the structural steel business which today makes up over 95 percent of company sales.

So what’s with the goats?

After outgrowing their existing location, Larry Jr. bought an agricultural lot that was 4x the size of the original facility and moved the business into this location in 1968. He promised to make the new business a welcoming host to those entering the village. So, Larry used his creative talents to give the shop a Bavarian theme to reflect his German heritage.

Larry Jr. liked goats as they reminded him of his German-Bavarian heritage and he was always looking for new and creative ideas. In 1982, Endres Mfg. had new residents. The goats roamed the property but were not very well received by the neighbors. But Larry did not give up and in 1990, the goats returned. They had become the company mascot, logo and identity of the company. A miniature petting zoo for the entire community to enjoy was built on the property and continues to welcome guests today.

Automating for the Future

In 1965, Ken Ballweg began working at Endres while attending college. While working there, he met and married Larry Jr.’s daughter Diane. Ken was analytical and quick-thinking and took over as President in 1990. From a barn on West Street, Endres has grown to an internationally renowned model for superb steel manufacturing and fabrication. Buildings constructed with Endres steel are recognized throughout the region. Ken’s son Sam became the President in 2013. He brings modern technology and innovation to the table and that led to the automation of the manufacturing process at Endres. The decision to automate was driven by a few factors. Firstly, the biggest bottleneck in the fab shop was fabricator hours. Before the PythonX, Endres used a band saw and punch line. A lot of the shop hours were spent interpreting drawings, laying out pieces and then performing the copes and cuts manually. Material handling also consumed quite a lot of the shop hours which you do not get paid for. The second factor that led to the decision to automate was the changing workforce. As Herbrand explains, “As our more experienced employees are nearing retirement we knew we would be losing all of that knowledge and experience gained over a lifetime, therefore, we had to find a way to function at a high level with less experience on the shop floor.” Functioning in a different manner meant that the fabrication process needed to be more automated.

Search for the perfect machine

Endres began to research several different pieces of equipment but they were drawn to the PythonX. One of the main reasons was the lifespan of the PythonX. Many PythonX systems have been in service for more than 10 years. They were also drawn to the number of PythonX systems that have been sold around the world, over 300. The team at Burlington Automation also arranged for Endres to visit and speak with other fabricators that own a PythonX. These fabricators shared their hands on experience and their positive feedback helped Endres decide on the PythonX.

When Endres purchased the PythonX, they estimated it would be about 3 years before they saw a return on investment but that was not the case. As Herbrand explains, “Our initial estimate of ROI before purchasing the PythonX was 3 years but what we found was that once the PythonX was fully up to speed, it had only taken 11 months for the PythonX to pay for itself. For our business, the PythonX handles over 75% of the materials that go to a fitter and it takes away nearly 50% of the labor time that would have traditionally been used for layout, measuring, coping, etc.” Herbrand is pleased to report that they now have a much lower rate of shop errors because the errors are found in the detailing. If the drawing is right and the part is right, no more drawing interpretation also means few issues are experienced on site. Endres traditionally focused on mid-level 4 to 5 story buildings with more complex fabrication. We focused on projects with more difficult layout and fabrication to take advantage of our fabricators skills. We stayed away from simpler, square, structures as the margins were not as attractive. With the addition of automation, such as the PythonX, we’ve been able to add high volume, simpler, work to our wheelhouse and remain very profitable. As Herbrand explains, “We have been able to lessen our total production time. We deliver product faster. So we are delivering a better product faster and it has opened up opportunities for different kinds of projects that we wouldn’t have bid on aggressively in the past.”

The PythonX was tailored to their facility. Burlington Automation created a layout for Endres that was functional and economical for their facility. They looked at the materials that Endres was using and the footprint of where the raw materials can fit and designed a PythonX solution specific to Endres’ needs.

Endres put Burlington Automation to the test by asking them to perform the installation and training during the Christmas holidays. The installation was as impressive as the PythonX itself as the Burlington Automation team and Endres employees worked through the holidays. The training also went extremely well. Decreased Production Hours There was a learning curve involved with the operation of the PythonX but within 3 months, Endres production hours per ton drastically dropped by 20%. Endres anticipates that the company will grow by 30% this year as there are a lot of opportunities right now and some of that growth is attributed to the PythonX. As Herbrand explains, “PythonX opened up opportunities for us to bid on different kinds of projects. This has led to a period of growth that has us strongly considering purchasing a second PythonX.” The PythonX is a workhorse. It operates almost 24 hours a day, 5 days a week. 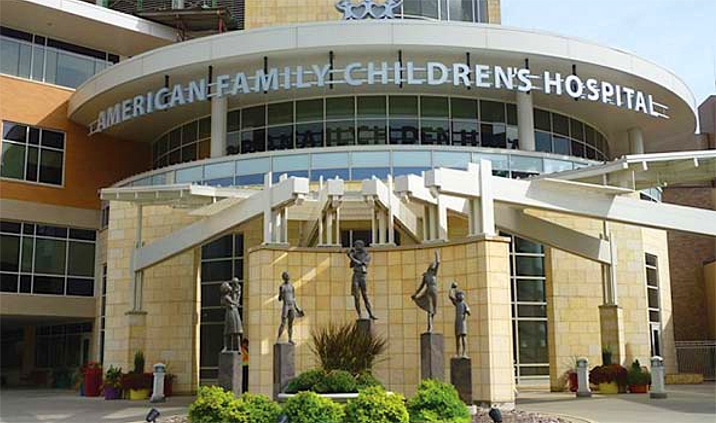