Every Shape Your Shop Produces 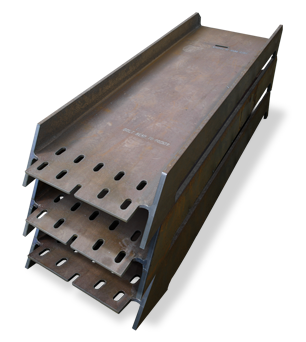 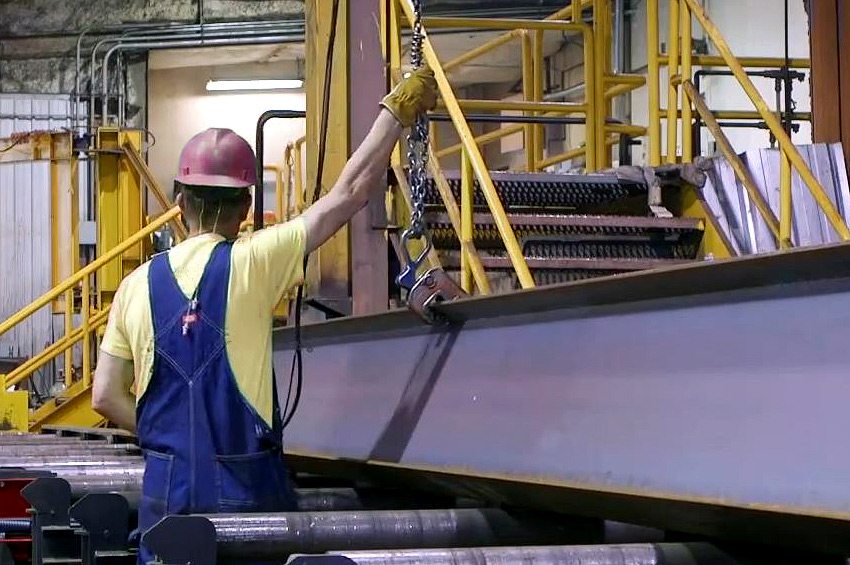 Moving long, heavy structural members around your shop is difficult and costly. Worse yet, it adds no value to the product. Customers don’t care whether a beam was moved 15 times or 3 times in your shop – they are only interested in, and will only pay for, the finished fabricated product. Good reason to minimize transfers and handling.

Our solution? Eliminate the need for material handling. PythonX STRUCTURAL eliminates up to 80% of the lifting, flipping and shuttling of pieces between work centers that you are probably doing now. With PythonX STRUCTURAL, time and labor goes into fabricating steel, not moving it around your shop.

You Draw It, PythonX STRUCTURAL Cuts It 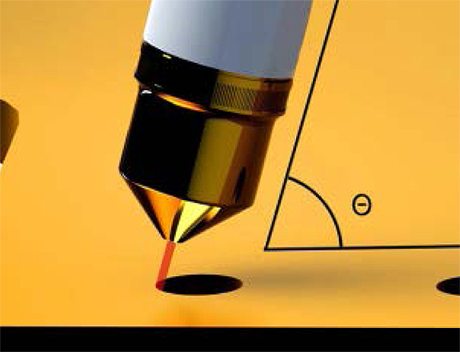 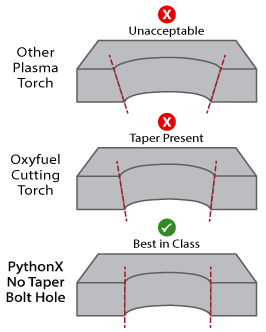 PythonX STRUCTURAL fabricates a much wider variety of structural sections and sizes compared to conventional single-purpose machines. Whether it’s a 2″x2″ angle or a large W36x300 beam, and everything in between, PythonX STRUCTURAL automatically processes 99% of the typical structural fabrication shop’s material.

And PythonX STRUCTURAL parts are more accurate than parts from traditional fabrication equipment or manual fabrication:

How Long To Fabricate This Beam In Your Shop ?

Minutes for All Manual Fabrication Shop

There are 40 distinct cuts and features made to produce this beam. Think how many people and machines are needed to get that done with traditional fabrication equipment. Think of the cost.

With PythonX STRUCTURAL there’s no layout work, no programming the cuts, no tool change . . . really no operator involvement, except to make sure the right beam was loaded on the infeed conveyor and to push “START.”

And how much material handling was involved with processing this beam on the PythonX STRUCTURAL? Two steps: load the raw beam and remove the finished beam. That takes two minutes total. A manual shop would need about 30 minutes to lift, flip and move the beam around, each movement increasing risk of a handling accident. Shops with ‘conventional’ fab automation still need about 20 minutes to move the piece from one machine to another, over to a workbench for coping and torch cutting – it adds up. 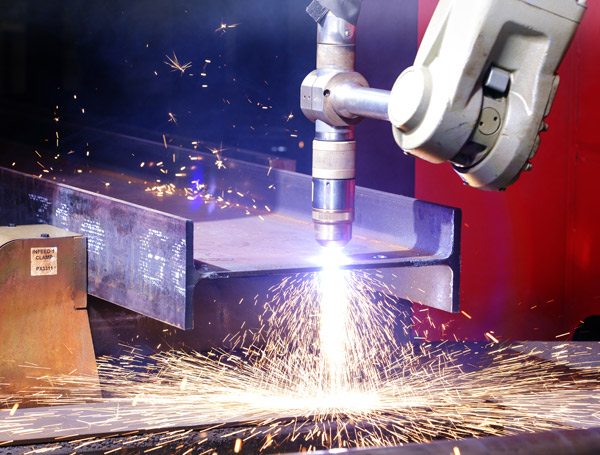